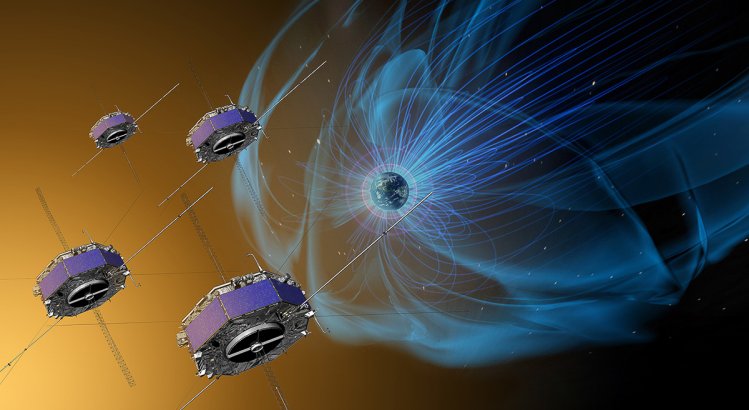 The Space Plasma Physics research programme performs measurements of space plasma with instruments on board spacecraft and on the ground. Our specialty is measurements of electric fields and plasma density in space. We also measure wave movements in these fields and this density.

The goal of the programme is to build physical models based on measurements. The models help us understand not only space plasma around the Earth and other planets, but also corresponding processes in areas where direct measurements are impossible or very difficult, such as near the sun and other stars and in the structure of fusion plasma.

As a direct application of the programme’s fundamental research, we have since 2016 led a project to improve space weather forecasts and help protect infrastructure which is critical to Swedish society.

Some of our earlier projects:

In 2016, ESA’s spacecraft Rosetta completed a two-year survey of comet 67P / Churyomov-Gerasimenko. We have the primary responsibility for an instrument that studied material emitting from the comet.

In 2015, the four satellites in NASA’s Magnetospheric Multiscale Mission, MMS, were launched and are now orbiting in formation in Earth’s magnetosphere.We have contributed to the instruments that measure electric fields.

In 2015, ESA also selected the THOR (Turbulence Heating ObserveR) satellite as one of three candidates for the next M-Class project (medium-sized space projects in ESA’s Cosmic Vision programme). This is the first satellite which will concentrate on the fundamental question of plasma heating in space.

The three satellites of the Swarm project within ESA’s Earth Observation programme were launched in 2013. Our detectors are part of an instrument package to map plasma and currents in space, both to provide a clear picture of the magnetic field created in the interior of the Earth and to provide unique knowledge of small structures in space.

The programme has the primary responsibility for the EFW (Electric Field and Waves) instruments on ESA’s four Cluster satellites that have flown in formation in Earth’s magnetosphere since 2000, as well as for an instrument on NASA’s spacecraft Cassini which orbited Saturn did fly-bys of its moons 2004-2017. We have also contributed with our expertise during the construction of one of the instruments on NASA’s spacecraft MAVEN which since 2014 is studying how the solar wind affects the atmosphere and the ionosphere on Mars.

Employees in the space plasma physics programme can be found at IRF in Uppsala.