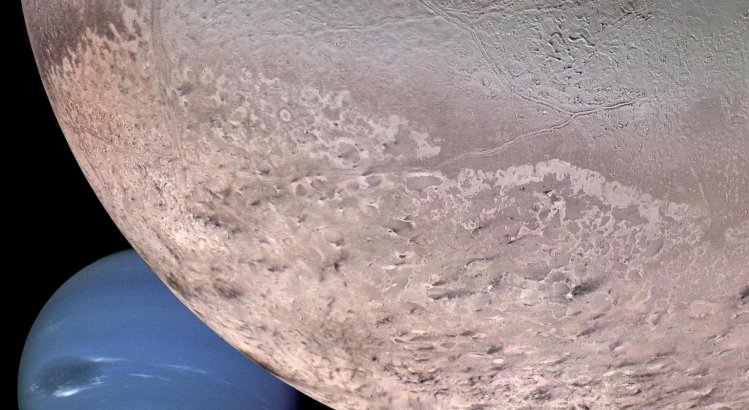 The Swedish Institute of Space Physics, IRF, is one step closer to being able to send up a satellite instrument to study Neptune and its moon Triton. The American space agency NASA has selected TRIDENT as one of four mission concepts to be developed further for final selection in April 2021 as part of its Discovery program.

IRF will build the plasma spectrometer instrument for the TRIDENT mission. The instrument will investigate the state and composition of the ionosphere of Triton as well as the Neptunian magnetosphere.

“With TRIDENT, IRF will go to the edge of the solar system. This is a unique chance to expand our knowledge of the Solar System to its limits. TRIDENT faced tough competition in the selection process and we are pleased that it got selected for further development”, says Martin Wieser, responsible for the plasma spectrometer at IRF.

After launch in 2026, TRIDENT is planned to perform a single flyby of Neptune and Triton in 2038. Neptune is the outermost planet in the Solar System. Triton is a unique and highly active icy moon of Neptune. Triton is one of the few geologically active objects in the Solar System and is a candidate to have a subsurface ocean. It has been visited only once before, by the Voyager 2 spacecraft in 1989, when geysers on its surface and clouds above it were observed.

TRIDENT is a mission proposal in NASA’s Discovery program which consists of a series of relatively low-cost missions to explore the Solar System. The TRIDENT mission is led by Louise Prockter of the Lunar and Planetary Institute/Universities Space Research Association in Houston, USA.

“I am very excited! Being a part of the TRIDENT mission opens up a once-in-a-life-time opportunity for IRF to explore Neptune and its active moons and work with NASA, the largest space agency in the world. Maybe some day the IRF logo and the label Made in Sweden will reach the outskirts of the Solar System”, says Stas Barabash, IRF’s Director.

Montage of Neptune and its moon Triton (Credit: NASA/JPL/USGS)