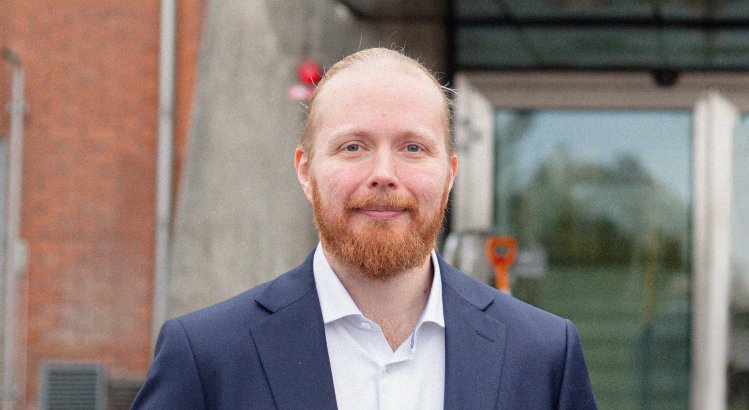 In a new thesis from the Swedish Institute of Space Physics and Umeå University, unique methods for the analysis of radar data and simulations of meteoroids in the solar system are presented. The methods have been applied to confirm the existence of rare high-altitude meteors as well as to measure space debris from the Kosmos-1408 satellite. On November 25, Daniel Kastinen defends his doctoral thesis.

”My primary goal has been to carefully analyze radar measurements of meteors and space debris and evaluate the precision of the measurements. This is to improve further analysis and use the results together with the new dynamical simulations. The work paves the way for future research and allows cross-disciplinary studies on meteors as well as on space debris and near-Earth asteroids”, says Daniel Kastinen.

Every day, 10-200 tons of material from space, consisting of dust- sized particles and larger pieces of material – meteoroids, fall into the Earth’s atmosphere. These particles come from parent bodies such as comets and asteroids and thus date back to the time when the solar system was formed.

When a meteoroid hits the Earth’s atmosphere and burns up in the form of a meteor, the material is dispersed in the atmosphere. Most of these meteors are invisible to the eye but can be detected by radar.

Through analyzes of data from the MU radar in Japan, Daniel has succeeded in confirming the existence of rare meteors that occur at unusually high altitudes. A unique result as several theories and reports have been presented over the years, but without confident validation of the meteors height. How the incident particles give rise to meteors at high altitudes, where the atmosphere is very tenuous, is a research topic currently being debated.

Another part of the thesis highlights simulations of the October Draconids meteor shower. Daniel managed to describe an unexpectedly strong outburst of the meteor showers in 2011–2012 and predicted an outburst in 2018. A subsequent study laid out rigorous grounds for developing this type of simulation to even better predict such meteor showers.

Daniel has also used the scientific organization EISCAT’s radar system for measurements of space debris, which was created last November when the defunct satellite Kosmos-1408 was destroyed by a Russian missile during a so-called anti-satellite test.

Through new analysis methods, he was able to estimate the size of the resulting fragments. He also presents a method for determining the orbits of space objects. The study contributes to a better understanding of our near-Earth space environment and mapping of the increasing amount of space debris.

Asteroids are another current research topic that Daniel has contributed to. By simulating the movements of asteroids and how they reflect radio waves, Daniel proved that the EISCAT 3D radar system currently being built in northern Scandinavia will be able to study near-Earth asteroids. The radar system can track near-Earth asteroids that could collide with and damage Earth’s surface.

Particularly interesting are the possibilities of discovering asteroids that are temporarily captured by Earth’s gravity, so-called minimoons. Simulations show that up to a thousand meter-sized minimoons are in temporary orbits around the Earth every year, but so far only a few have been discovered.

“I look forward to continue and build upon my research. There are a number of interesting studies to be done using the new analysis methods. For example, tracing where the meteoroids come from and looking for meteoroids that originate in interstellar space outside the solar system as well as discovering new dust streams in the solar system. I also want to use the methods to better predict meteor showers and contribute to the understanding of how objects in our solar system move and evolve”, says Daniel.

Daniel Kastinen, born and raised on Åland, defends the thesis “From Meteors to Space Safety: Dynamical Models and Radar Measurements of Space Objects“ at 09.00 in the auditorium at IRF in Kiruna. Opponent is Dr. Detlef Koschny from the European Space Research and Technology Center (ESTEC), Noordwijk, The Netherlands.

Link to the thesis