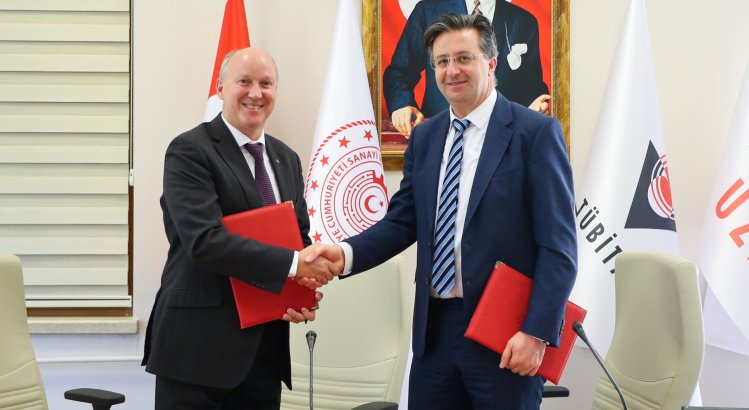 A space instrument from the Swedish Institute of Space Physics (IRF) will be sent to the Moon within the next few years onboard the Turkish spacecraft AYAP-1. In orbit around the Moon, the Lunar Neutrals Telescope will study how the flow of charged particles from the Sun, the solar wind, interacts with the Moon’s surface.

The agreement between IRF and the Turkish Space Technologies Research Institute (Tübitak Uzay) means that Swedish space researchers will once again have the opportunity to study the Moon.

The scientific instrument Lunar Neutrals Telescope (LNT) is being built at IRF’s headquarters in Kiruna to study surface and near-surface environment of the Moon. This instrument is following the successful predecessor onboard the Indian Moon mission Chandrayaan-1 in the late 2000s. But this time, the new instrument can achieve approximately seven times higher angular/spatial resolution, which will deliver new perspective of the Moon.

The Lunar Neutrals Telescope is built for measurements of energetic neutral atoms and during the upcoming lunar expedition the focus is on studying some fundamental properties of the Moon.

“The instrument will tell us how surface substances vary with areas of the Moon. Especially permanently shadowed regions are in our big interest because they might hold volatile materials, such as water, untouched for billions of years”, says Dr. Manabu Shimoyama, scientist at IRF and responsible for the instrument.

Another mission will be to study so-called mini-magnetospheres that form around the Moon’s magnetic areas (so-called magnetic anomalies) and understand how these interact with the solar wind and protect the Moon surface from the solar wind as a standoff.

For about three months, the space probe will be in a circular orbit at an altitude of 100 kilometers above the lunar surface. The Moon mission AYAP-1 is planned to end with a controlled hard landing on the lunar surface.

Staffan Herrström, Sweden’s ambassador to Turkey, was also present in Ankara when the agreement was signed.

More information about IRF and Chandrayaan-1