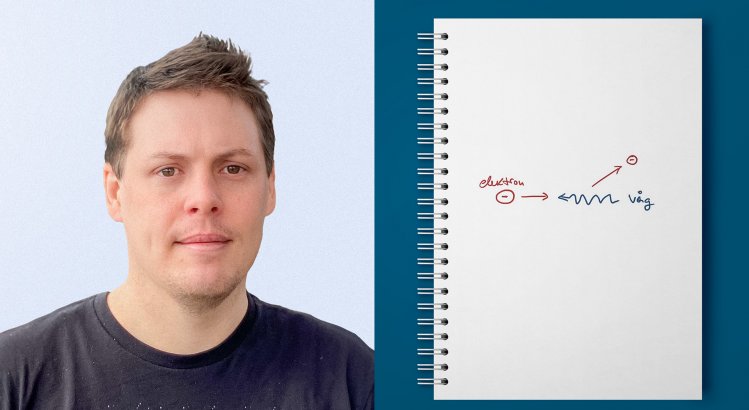 New research reveals how current is limited in space

An international group of scientists led by Daniel Graham at the Swedish Institute of Space Physics (IRF) can now present what limits currents in space. The measurements are made with instruments on board the four Magnetospheric Multiscale (MMS) satellites and the results are published in the renowned journal Nature Communications.

“For the first time ever, we have been able to measure how currents in space are limited by charged particles interacting with each other via electromagnetic waves. Electric current in space can be limited without the particles colliding with each other, which is common near Earth”, says Daniel Graham.

In space there are often strong electric currents, for example in the Sun’s corona or in northern lights areas. The particles are few and rarely collide so the resistance is low.

Scientists have long believed that waves in electric and magnetic fields in space can cause resistance in a way similar to collisions, but until now this has been very difficult to measure.

Thanks to observations from NASA’s four MMS satellites flying in formation around Earth, Daniel Graham has succeeded in compiling how this unusual resistance, also known as anomalous resistivity, of current in space works.

“Our measurements also show how the waves cause diffusion that allows charged particles to move across current layers. The interaction between the waves and the particles is important to understand as this affects how magnetic reconnection works”, says Daniel.

Magnetic reconnection means that magnetic fields on the two sides of the layer can be connected so that particles and energy from the solar wind enter the vicinity of Earth. This can cause both aurora borealis and severe disturbances in space weather around Earth.

An article on the first direct measurements of resistivity caused by the interaction between charged particles and waves has been published in the journal Nature Communications with Daniel Graham as the first author.

Link to the article “Direct observations of anomalous resistivity and diffusion in collisionless plasma”: https://www.nature.com/articles/s41467-022-30561-8