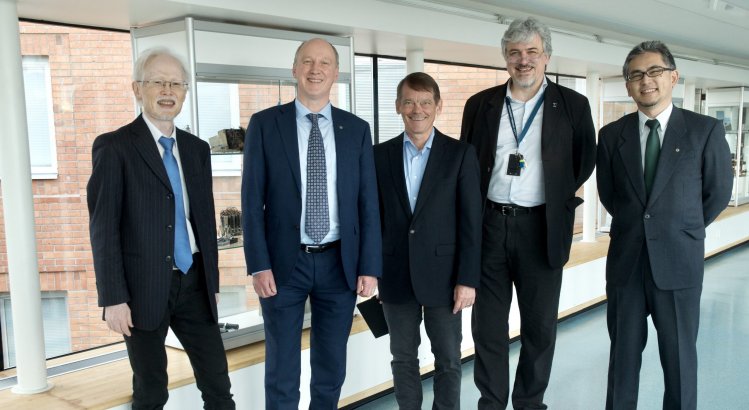 On May 23, the Ambassador of Japan, Noke Masaki, visited the Swedish Institute of Space Physics (IRF) and other space actors on the Space Campus in Kiruna to get an insight into space activities.

IRF have a close collaboration with several Japanese space and research organizations, both in terms of atmospheric research and the exploration of planets in the solar system.

The collaboration between Sweden and Japan also exists when it comes to research using infrastructure in northern Scandinavia. Among other things, the radar system Eiscat for meteors, ALIS_4D for studies of aurora borealis, Esrange for sounding rockets to study aurora borealis, noctilucent clouds and much more.

Futaana Yoshifumi, associate professor at IRF participated and talked about his years as a scientist at IRF.

Craig Heinselman, director at Eiscat, told about the radar facilities within the Eiscat 3D project, which is currently under construction.

René Laufer, professor at Luleå University of Technology, told about the research conducted in the field of space at the university.

Japan’s Ambassador Noke Masaki also got to see the research facilities at the Space Campus.