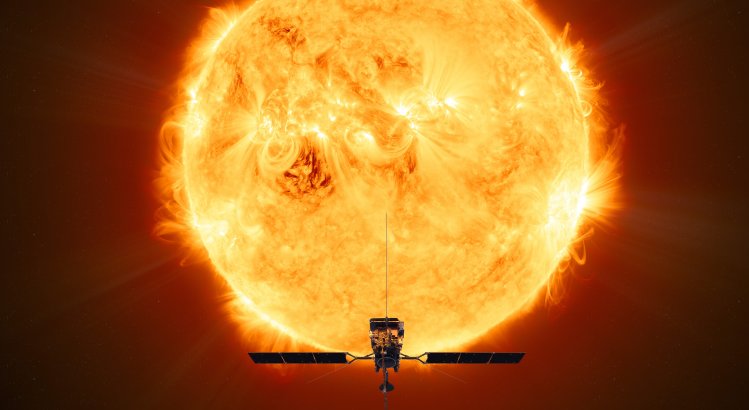 Scientists at the Swedish Institute of Space Physics (IRF) are now presenting their first scientific results from the space probe Solar Orbiter, which studies the Sun and the solar wind close up. The results are published in the journal Astronomy & Astrophysics special issue on Solar Orbiter.

The European Space Agency ESA and the National Aeronautics and Space Administration NASA launched Solar Orbiter in February 2020. In June last year, the space probe approached the Sun for the first time at a distance of 700 million kilometers from its surface, which is about half the distance between the Sun and the Earth.

Yuri Khotyaintsev is an associate professor at IRF’s Uppsala office and is responsible for the institute’s participation in Solar Orbiter. IRF has built parts for the Radio and Plasma Waves instrument (RPW) to measure electric and magnetic fields in the solar wind.

“We received very beautiful data of excellent quality from the first unique measurements last year. Now we are looking forward to measuring even closer to the Sun, as close as the orbit of Mercury in 2022, as well as away from the ecliptic plane starting in 2025, which enables analysis of the Sun’s poles. All these measurements at different distances to the Sun enable us scientists to better understand our nearest star and how it interacts with the space around it, including its effect on the Earth”, says Yuri Khotyaintsev.

Charged particles flow constantly at high speeds from the Sun and the solar wind fills the solar system and creates space weather that can affect the Earth. One of the goals of Solar Orbiter is to increase the knowledge of our nearest star and how it affects space and the environment around the Earth.