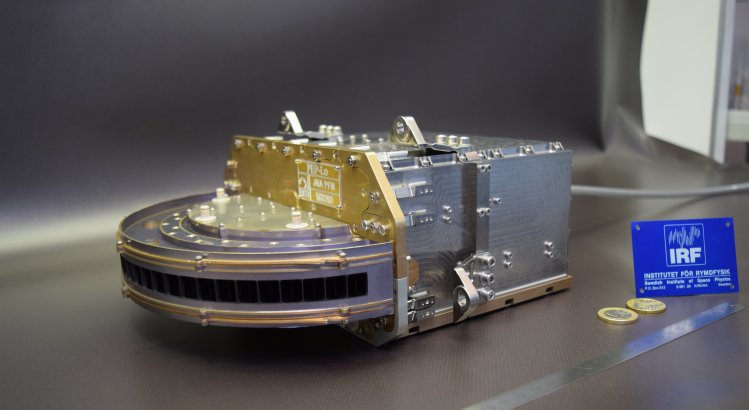 Video shows the development of the Jupiter sensor JNA

A short timelapse, taken over the span of two years, shows how the Flight Model of the Jovian Neutrals Analyzer (JNA) was built and tested at the Swedish Institute of Space Physics (IRF) in Kiruna. An simplified description, JNA will measure / search for elements (atoms) such as hydrogen and oxygen.

The particle sensor JNA is one of six sensors included in the IRF-led instrument Particle Environment Package (PEP), which was built for the European Space Agency’s JUICE mission to Jupiter and its icy moons. The launch from Kourou will take place in 2022.

Tailored to the harsh environment

The Jovian Neutrals Analyzer (JNA) is a particle sensor designed and built by IRF in Kiruna to fly onboard the JUICE mission to Jupiter. JUICE is a project orchestrated by ESA to study Jupiter and its icy moons Europa, Ganymede and Callisto.

JUICE will carry ten instruments, including the Particle Environment Package (PEP), developed by IRF Kiruna in collaboration with many other countries. PEP is made of six different particle sensors which together will help us understand the complex interaction between Jupiter’s icy moons and the energetic particles in orbit around Jupiter.

The particle sensor JNA is tailored to the harsh environment of Jupiter. While JNA’s internal structure is made mostly of aluminium, its external panels are made of a heavy material, tungsten, which helps shield JNA’s sensitive components from the strong radiation around Jupiter, which may otherwise hide the signal that scientists actually want to measure.

JNA belongs to the same instrument family as CENA Chandrayaan-1 (which observed solar wind protons reflecting from the surface of the Moon) and ENA on BepiColombo (currently on its way to Mercury).

The video shows how JNA was assembled, tested, and calibrated before it could be delivered to ESA. Many different models of JNA were built in order to test different capabilities and make sure JNA will be able to perform correctly at Jupiter. Most of the video shows the development of the Flight Model which will actually go to Jupiter, except for the vibration test, which shows the Technological Model. Vibration testing is done to ensure that JNA would survive the strong vibrations that occur during launch.

In the timelaps you can see Manabu Shimoyama (senior scientist/JNA sensor lead), Stefan Karlsson (research engineer/JNA project manager), and Angèle Pontoni (PhD student) assembling and testing the instrument. Magnus Oja (mechanical engineer) is also shown watching over JNA’s Technological Model as it is being vibrated. Many more IRF scientists and engineers were heavily involved in the development of JNA.

More information about the Jupiter mission .