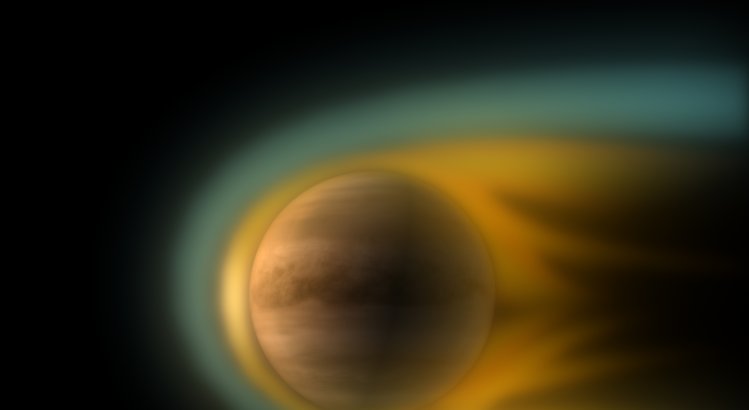 For the second time the Swedish Institute of Space Physics (IRF) will explore Venus. On board the Indian Venus mission Shukrayaan-1, IRF’s satellite instrument Venusian Neutrals Analyzer (VNA) will study how the charged particles from the Sun interact with the atmosphere and exosphere of the planet.

Between 2006-2014 IRF’s instrument ASPERA-4 (Analyzes of Space Plasma and EneRgetic Atoms) studied Venus on board the European spacecraft Venus Express. The satellite instrument measured the plasma properties around Venus in detail, as well as neutral atoms that escape into space from the atmosphere. ASPERA-4 consisted of four different sensors to analyze energetic neutral atoms (ENAs) and plasma particles.

By analyzing ENAs, the instrument contributes to our knowledge of the interaction between the charged particles from the sun (solar wind) and the atmosphere of Venus.

Associate Professor Yoshifumi Futaana, IRF, is the Principal Investigator responsible for both ASPERA-4 and now the VNA instrument that will explore the brightest planet in the sky.

“Venus is the twin of our Earth, but these planets are very different. The atmosphere is dense and hot, but it is waterless. Water existed 4 billion years ago when Venus was formed, but it has been lost, probably to space. ASPERA-4 proved that water on Venus is escaping to space with energy obtained from the solar wind. Our results also provide essential information to help us understand exoplanets around other stars, planets which we cannot explore with instruments in place around them”, says Yoshifumi Futaana.

IRF’s satellite instrument on Shukrayaan-1 will be part of a larger Indian instrument package and will be the ninth generation of IRF’s series of miniatured ion and ENA instruments. The first generation was named SARA (Sub-keV Atom Reflecting Analyzer) and was launched on board the successful Indian spacecraft Chandrayaan-1 that explored the Moon in 2008-2009.

SARA consisted of two sensors. One was a detector for energetic neutral atoms and the other was an instrument to measure the flow of ions in the solar wind. The instrument studied how the plasma around the Moon interacts with the moon where the surface is not protected by an atmosphere or a magnetic field.

For the first time ever, SARA could investigate energetic atoms that are knocked from the lunar surface when they are hit by the solar wind.

“The SARA experiment was truly an exciting mission which revealed a number of unknown secrets about how the Moon interacts with space. Collaboration with the Indian team was the key of this successful experiment. The next target of our joint investigation is Venus in order to understand why the Earth Earth and Venus, which began as twins, evolved so differently”, says Stas Barabash.

The launch of Shukrayaan-1 is scheduled for sometime in the second half of 2023 from the Indian space base Sriharikota.

It takes six months for the spacecraft to fly to Venus and then Shukrayaan-1 will spend a year in orbit around Venus to explore the planet.

Image: On the upcoming Indian Venus mission Shukrayaan-1, Swedish Institute of Space Physics (IRF) will contribute with a ninth generation of one of the institutes successful satellite instrument.
Credit: ESA – C. Carreau.