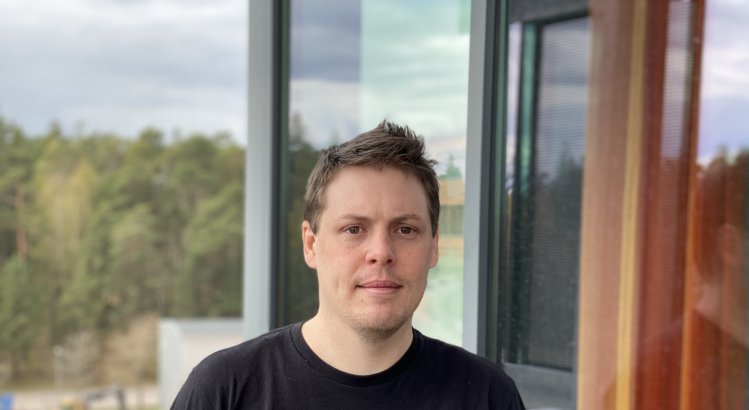 The Committee of Space Research (COSPAR) has awarded a Zeldovich Medal to IRF’s scientist Daniel Graham. The Zeldovich Medals are given to young scientists who have demonstrated excellence and achievement in their field of research.

“It is very surprising and is a great honour. It is great to know that there is appreciation for my work”, says Daniel Graham.

He started working on a PhD at the University of Sydney, Australia, in 2009 and completed it in 2012. The title of his doctoral thesis was “Electromagnetic Strong Turbulence and Nonlinear Processes in the Solar Wind”. This work focused on computer simulations of nonlinear processes associated with Langmuir waves, which are high frequency electrostatic waves frequently seen in the solar wind, and on observations of these waves by the two STEREO spacecraft, which orbit the Sun.

In 2012 Daniel started a postdoctoral fellowship at IRF’s office in Uppsala, focusing on magnetic reconnection at Earth’s magnetopause, using the four Cluster spacecraft.

Since 2016 Daniel has been employed as a researcher at IRF and was awarded a career grant from the Swedish National Space Agency. He has continued working with Cluster and has begun working on the Magnetospheric Multiscale (MMS) mission.

His research has focused on the electron distributions associated with magnetic reconnection, the cause and effect of waves on reconnection, and the properties of waves at the magnetopause. This involves analyses of electric and magnetic fields, as well as electrons and ions. He is also involved in the calibration of the Spin-plane Double Probes (SDP), which measure electric fields, on board the MMS spacecraft.

About the Zeldovich Medals

The Zeldovich Medals are conferred by COSPAR and the Russian Academy of Sciences and honour the memory of the distinguished astrophysicist Academician Yakov B. Zeldovich. The award will be recognized digitally through inclusion of a video at the Opening Ceremony on 30 January 2021 of the 43rd COSPAR Scientific Assembly in Sydney, Australia.