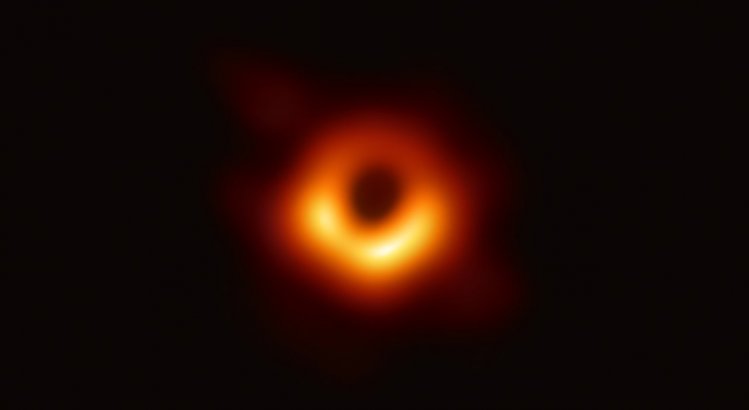 A researcher from the Swedish Institute of Space Physics, IRF, is a member of the international research team that has detected twisted radio beams from the famous black hole in the M87 galaxy. The radiation discovered reveals unique properties of black holes.

IRF researcher Bo Thidé has, together with Fabrizio Tamburini (Germany/Italy) and Massimo Della Valle (Italy), carried out a unique and advanced analysis of the radio images of the black hole in the galaxy M87 that were made public in April 2019. The images were taken by the Event Horizon Telescope (EHT), a giant telescope comprising ten cooperating radio telescopes distributed over the face of the Earth.

In 2011 an article in Nature Physics with two of the team members as main authors, predicted theoretically a twisting motion in the radiation from near rotating black holes.

The twisting motion of the radiation is described by its orbital angular momentum (OAM). The specific “OAM fingerprint” carried by the radiation is caused by the warping of spacetime near black holes as postulated by Einstein’s General Relativity Theory.

Professor Bo Thidé points out: “The fortuitous condition that the black hole moved relative to the Earth, and that several images were taken during different time periods, enabled us to calculate the motion of the phase front of the radio waves. After that, the extraction of the OAM and the determination of the rotation of the black hole was quite straightforward.”

It turned out that the black hole, of approximately 6.5 billion solar masses, rotates clockwise on its axis so fast that the periphery of the black hole moves with almost half the speed of light and that its rotational energy is comparable to the energy produced in our own galaxy during its entire 10 billion year lifespan.

Professor Bo Thidé comments: “The fact that we succeeded in detecting and extracting information from twisted radio waves emitted from the immediate vicinity of a black hole in a distant galaxy, shows emphatically that OAM radio signals can transfer information over huge distances just as conventional, untwisted radio waves can. This opens new perspectives on how the radio communication technology can be further developed, but also on the search for extraterrestrial intelligence.”

The discovery is presented in an article in the February 2020 issue of the internationally renowned British journal Monthly Notices of the Royal Astronomical Society: Letters.

The main article and the accompanying supplementary article in the February 2020 issue of Monthly Notices of the Royal Astronomical Society: Letters: