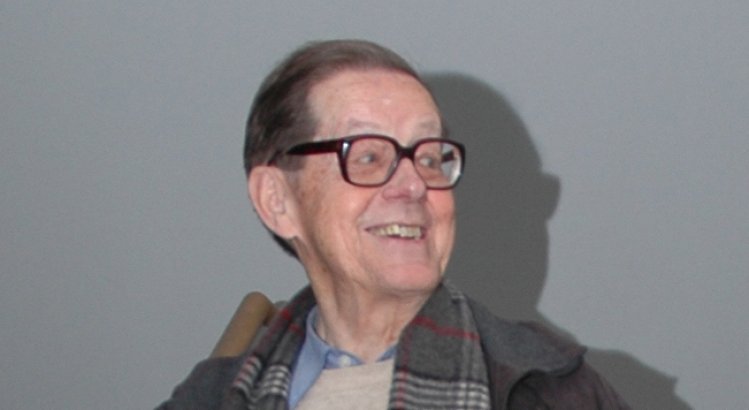 It is with great sorrow that we report that Professor Emeritus Bengt Hultqvist, the founder of the Swedish Institute of Space Physics, has passed away at the age of 91.

It is largely thanks to Bengt Hultqvist that space activities in Sweden, and in particular in Kiruna, have had such a dramatic development. During Bengt Hultqvist’s 37 years as Director of the Swedish Institute of Space Physics (IRF), space activities in Kiruna in the far north of Sweden developed from six people in 1957 to some 450 (including about 100 students) in 1994.

Bengt Hultqvist (born 1927) studied sciences at Stockholm University, where he completed a doctorate in Physics in April 1956.

A committee of the Swedish Academy of Sciences was planning a new geophysical observtory in Kiruna, and Bengt Hultqvist was appointed its first Director. The Kiruna Geophyscal Observatory (KGO) was established in 1957 and Hultqvist was Director of KGO (later renamed Kiruna Geophysical Institute and then the Swedish Institute of Space Physics) until he retired in 1994.

“Bengt is the father of IRF. He created not only a world-leading space research institute, he created IRF’s unique atmosphere and working relationships, he created a family called IRF”, says Stas Barabash, IRF’s Director.

Bengt Hultqvist took an active role in planning collaborations within European space research and was chairman of the committee which first suggested a European programme of space science. As a result he was able to recommend that the European sounding rocket base Esrange should be situated in Kiruna and KGO got the opportunity to participate with an instrument on the first European satellite, ESRO 1, launched in 1968. This opened the way for the large number of satellite instruments that IRF has had the chance to fly to many parts of the Solar System.

For two decades Bengt Hultqvist was chairman of the Swedish space research committee and established an important collaboration with the equivalent committee within the Soviet academy of sciences. This collaboration led to opportunities for several Swedish satellite instruments to fly on Soviet satellites, including IRF’s first instrument to another planet, Mars, in 1988.

He took the initiative in establishing EISCAT (the European Incoherent Scatter scientific association) with radar facilities in northern Norway, Sweden and Finland and on Svalbard, one of the most advanced radars of its type. EISCAT has its head office in Kiruna, Sweden.

After retirement Bengt Hultqvist was Director of the newly-formed International Space Science Institute in Bern, Switzerland, for four years and was also the Secretary General of the International Association of Geomagnetism and Aeronomy.

“Without Bengt Hultqvist Sweden would not have reached the peaks in space that it has done. Bengt also played a very important role in the establishment of the European Space Research Organisation ESRO – that later became ESA – and many other European and international space research organisations. Bengt made an outstanding contribution in paving the way to space for many generations of space scientists”, says Stas Barabash.

He has over the years gathered an impressive number of awards, for example:

During his active years, Bengt Hultqvist was also a productive scientist with over 180 publications in international journals and the successes have also come for IRF, which is the main research environment in the field of space physics in Sweden and one of the foremost of its kind in the world.

All are welcome to the funeral, which will take place in the Kiruna Church on 21 March at 11 am.

Condolences to the family and messages to IRF can be sent to condolence-bengt@irf.se