Solar Orbiter is a European Space Agency (ESA) space mission to investigate the sun and solar wind up close with a spacecraft. IRF is building parts of the Radio and Plasma Waves instrument, RPW, which will measure electric fields.

In order to follow the phenomena on the sun in detail and see how they affect the solar wind, the spacecraft will be placed near the sun. In order to cope with the heat, a heat shield is installed in front of the spacecraft.

Solar Orbiter has ten instruments, four to look locally at the solar wind and six to study the sun with different types of cameras. The RPW instrument is necessary so as to be able to measure electric and magnetic fields as well as fluctuations in plasma density. The RPW team is led by LESIA, Observatoire de Paris, France.

Solar Orbiter was launched in February 2020 from Cape Canaveral in the USA and it will take several years and several fly-bys of the Earth and Venus before Solar Orbiter reaches the desired orbit. 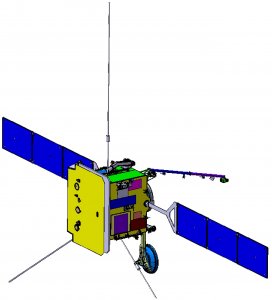 Solar Orbiter concept sketch. The yellow square is the heat shield necessary to fend off the solar heat. Two of the RPW antennas can be seen pointing down while the third points up from the spacecraft body. 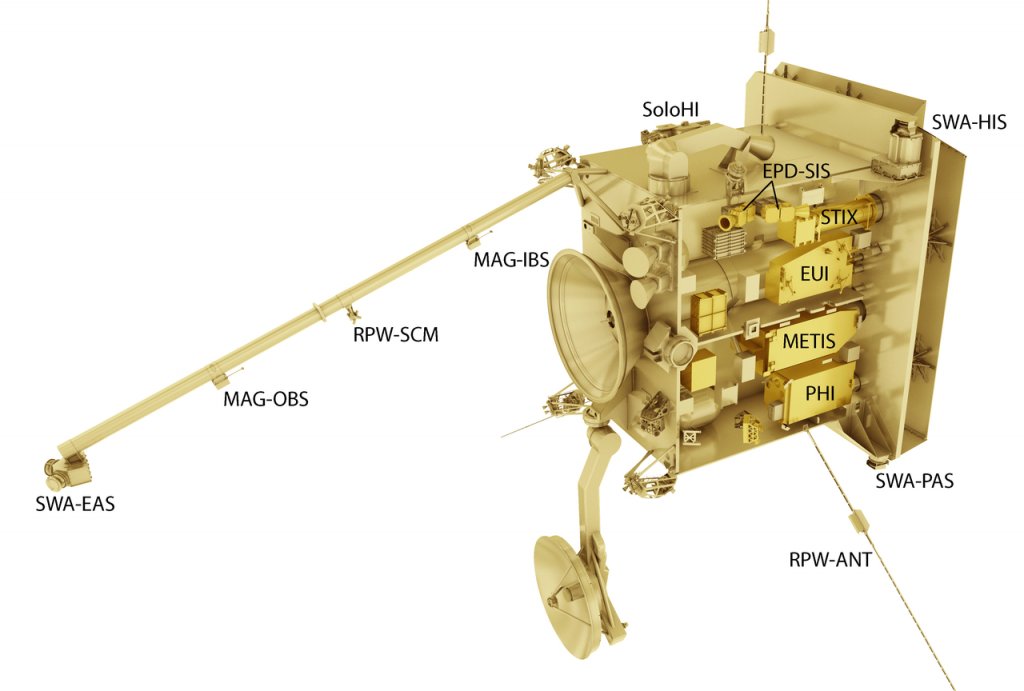